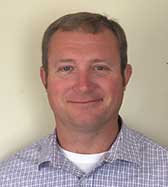 DeKalb County, AL was established January 9, 1836 from land that was ceded to the Federal Government by the Cherokee Nation. It was named for Major General Baron Johann DeKalb, a hero of the American Revolution.

The county is located in the northeast corner of the state and is bordered on the north by Jackson County, on the west by Marshall County, on the south by Etowah and Cherokee Counties, and on the east by the state of Georgia. It currently encompasses 778 square miles with a population of approximate 72,000. The county seat is Fort Payne, which came about in 1878.

"At the DeKalb County Sheriff's Office we truly believe in the concept of public service. My deputies and I always strive to be fair and just treat every person the same. We try to provide fair and effective law enforcement to our citizens and give them a positive experience with our office. Our goal at the DeKalb county Sheriff's Office is to protect you, your family, and your property."

DeKalb County offers its residents the cozy benefits of small town living with the great features of a growing area. The county has several different local attractions, such as the Little River Canyon National Preserve, a 14,000-acre national park service facility established by Congress in 1992. The canyon itself is at Lookout Mountain outside the city limits. Other attractions include: DeSoto State Park (which boasts a lodge, restaurant, cabins, and river access area), Sylvania Lake (120 acres located on Sand Mountain), Bucks Pocket in the Grove Oak area of South DeKalb, and High Falls in the Geraldine area.

We hope that the information on this website is helpful and useful.